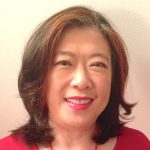 Jean is an American and Swedish citizen from Taiwan, with 25 years of experience in media sectors and international marketing.  In 1994 Jean served as International Director at MNW Records, the largest Swedish independent record label, developing and releasing Swedish artists and music world-wide.

Jean later teamed up with Bill Zang in China formed A-Peer Synergy in 2008 to create innovative business models and services using leading-edge technology architectures for Chinese talent to grow and develop, developing their skills and talent to compete on the international stage. Jean’s role will be a true two-way bridge between the Eastern and Western cultures to propel A-Peer as a premier music and media company in this market.